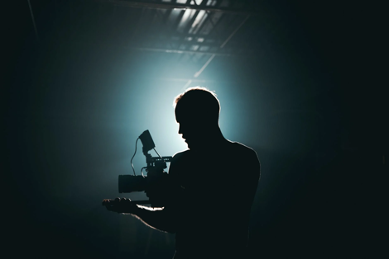 Placed under the high patronage of H.E. Mrs. Kapinga-Yvette NGANDU, Commissioner of the Department of Gender Promotion, Human and Social Development of the Economic Community of Central African States (ECCAS), FILMAC will take place in Yaoundé, Cameroon, on 29, 30 April and 1 May 2022 at the Hotel Merina.

Film and audiovisual professionals in the Central African region have now embarked on a phase of profound transformation of the film sector that is beginning to bear fruit. This dynamic has been accelerated with the launch of the CAC programme which, following its first call for proposals in 2021, is co-financing four initiatives in the region to strengthen scriptwriters ("Scripto Sensa"), documentary filmmakers ("Impala") and director-producer pairs ("Yaoundé Film Lab" "São Tomé Film Lab").  These "labs" will contribute to structuring and federating the network of professionals and will allow, in a very concrete way, the development of 20 to 40 quality projects (fiction, documentaries, series) ready to be shot in 2022 - 2023.

Although the quality is there, unfortunately, the productions of the countries in the region remain vulnerable and very dependent on foreign countries since there is no film support fund. FILMAC intends to remedy this situation, in particular by participating in the establishment of a support tool that will make it possible to finance film and series projects in the region that can be produced and delivered within the next three years.

The working group will bring together, around the 4 labs mentioned, the government services in charge of cinema, national television stations and European actors in the field of audiovisual cooperation. The objective is to produce a collective, concrete and achievable roadmap within a few months. In the long term, it is planned to experiment with several forms of regional collaboration that could lead to the creation and perpetuation of a collective support tool extended to all producers in the region.

The programme includes networking activities, case studies, an inventory of the sector in the 11 ECCAS member states and operational workshops. The full programme is available here.

CAC is implemented by Interarts, ECCAS, Culture et Développement and the National Institute of the Arts. Clap ACP is implemented by the OIF, Fonsic (Ivory coast), the National Film Authority, the Rwanda Development Board, DocumentaryAfrica and the Rencontres du Film Court de Madagascar. CAC and Clap ACP benefit from the financial contribution of the ACP-EU Culture Programme of the Organisation of African, Caribbean and Pacific States (OEACP), with the support of the European Union.