Placed under the high patronage of H.E. Mrs. Kapinga-Yvette NGANDU, Commissioner of the Department of Gender Promotion, Human and Social Development of the Economic Community of Central African States (ECCAS), FILMAC took place in Yaoundé, Cameroon, on April 29, 30 and May 1, 2022 on the occasion of the Yaoundé Film Lab event organized by one of the ACC's sub-recipients.

FILMAC brought together for 3 days in Yaoundé (Cameroon), 80 film professionals from 10 Central African countries, representatives of BDEAC, the ADB, and 4 European countries (Germany, Belgium, France, and Switzerland). The day of April 29 was devoted to a meeting between guests from all over Central Africa and Europe and the film and series project holders, filmmakers, and producers trained by the Impala, Scripto Sensa, Sao Tome Film Lab, and Yaoundé Film Lab, 4 of the 10 projects funded by the CAC consortium at the end of the first call for proposals launched in May 2021.

This first day ended with a solemn ceremony during which H.E. Mrs. Kapinga-Yvette NGANDU, Commissioner for Gender Promotion, Human and Social Development of the Economic Community of Central African States (ECCAS), and H.E. Mr. Philippe Van Damme, Ambassador of the Republic of Cameroon to the European Union, presented the projects. Mr. Philippe Van Damme, Ambassador of the European Union to Cameroon, presented 10 prizes to the best projects of the Yaoundé Film Lab as well as to the 7 winners of Scripto Sensa, including the Cameroonian filmmaker Thierry NTAMACK who received a check of 35,000 € from the French Institute of Cameroon (IFC) for the realization of his next film.

Mrs. NGANDU then officially opened the work of the seminar, affirming the desire of ECCAS to "accompany all the different sectors of the cultural and creative industry" and to ensure that the initiatives of this sector can "be transformed into bankable projects (...) and that the bearers can see their works realized".

For two days, participants worked in three groups, the first on improving national cultural policies, the second on collaboration between public television and private producers, and the third on mobilizing international aid to finance Central African films and series. The debates were moderated by two representatives of the International Organization of La Francophonie (OIF) from Libreville and Paris.

The report presents an analysis of the needs for sustainable development of the film sector, including innovative mechanisms for financing film and series production in Central Africa. It also provides a roadmap for action that will be presented at the Ministers of Culture of the Economic Community of Central African States (ECCAS) meeting.

In parallel to the organization of FILMAC, the CAC project consortium has carried out research and analysis to identify international fairs, markets, and professional meetings of interest to representatives of sub-recipient projects, to promote the participation of some of them during the third year of the project.

The executive summary of the seminar is available here. 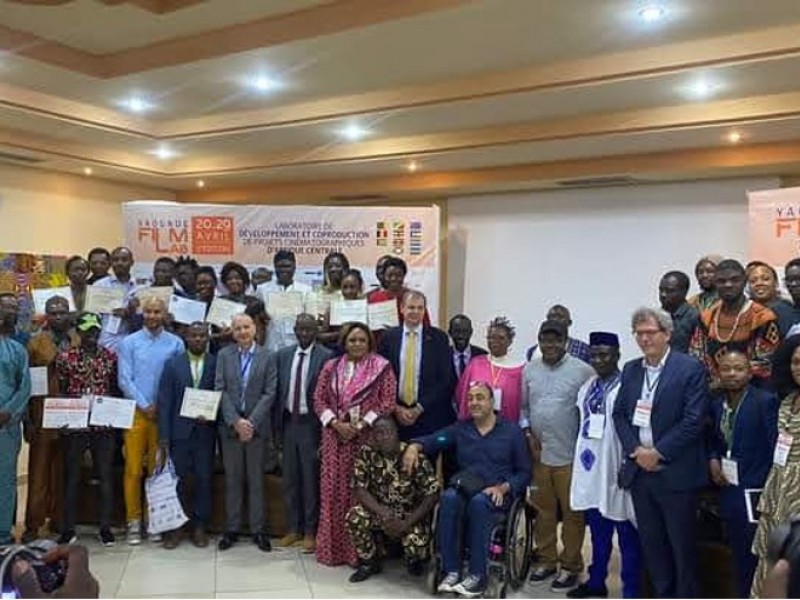