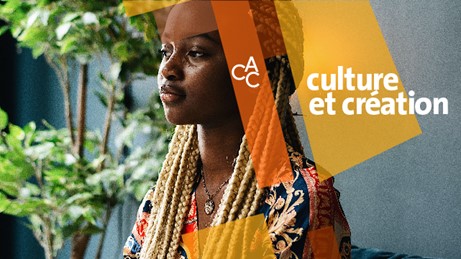 In support of the cultural and creative sectors in Central Africa.

Project implemented by a consortium of African and European partners.

ACP-EU CULTURE programme - Créer en Afrique Centrale has launched its first call for proposals for Central Africa. With a budget of €1,050,000, this call will fund initiatives that aim at strengthening the role of the ICCs as economic, social and cultural actors, increasing the economic income of the cultural and creative sectors, promoting the creation of sustainable jobs in the sectors and improving access to, recognition and promotion of artists and their work.

The first call for proposals is open to organizations legally registered in one of the following Central African countries: Cameroon, the Central African Republic, the Republic of the Congo, the Democratic Republic of the Congo, Gabon, Equatorial Guinea, São Tome and Principe and Chad.
Partnerships with other entities in the subregion, other ACP countries and Europe are encouraged.

Applications may be submitted under one or more of the following priority axes:

The indicative amount available for this call for proposals is €1,050,000. Grants requested under this call will range from €35,000 to €105,000 and the projects will have a maximum duration of 24 months. Depending on the objectives of the project, organizations are invited to consider the diversity of needs to be covered in terms of training, support for production, dissemination and access to culture, taking into account criteria of sustainability, structuring of the sectors and feasibility of the financial dimension of the project, as well as the co-financing thresholds indicated in the call for proposals.  Proposals may be submitted in French, English, Spanish or Portuguese.

ACP-EU CULTURE programme - Créer en Afrique centrale will organize a series of accompanying activities for grant beneficiaries to support project implementation, contribute to ongoing capacity building of the cultural and creative sectors as well as the public in Central Africa, and networking of the supported actors. Other awareness-raising and advocacy activities will benefit all stakeholders in cultural development in the sub-region and beyond.

The deadline for submissions is June 8, 2021, at 12:00 noon (GMT). For more information on the call for proposals and to access the submission documents, please click here.

ACP-EU CULTURE programme - Créer en Afrique centrale is co-financed by the ACP-UE Culture Programme, a joint initiative of the European Union and the Organisation of African, Caribbean and Pacific States (OEACP) whose mandate is to boost the potential of the cultural and creative sector and its contribution to the socio-economic development of ACP countries.