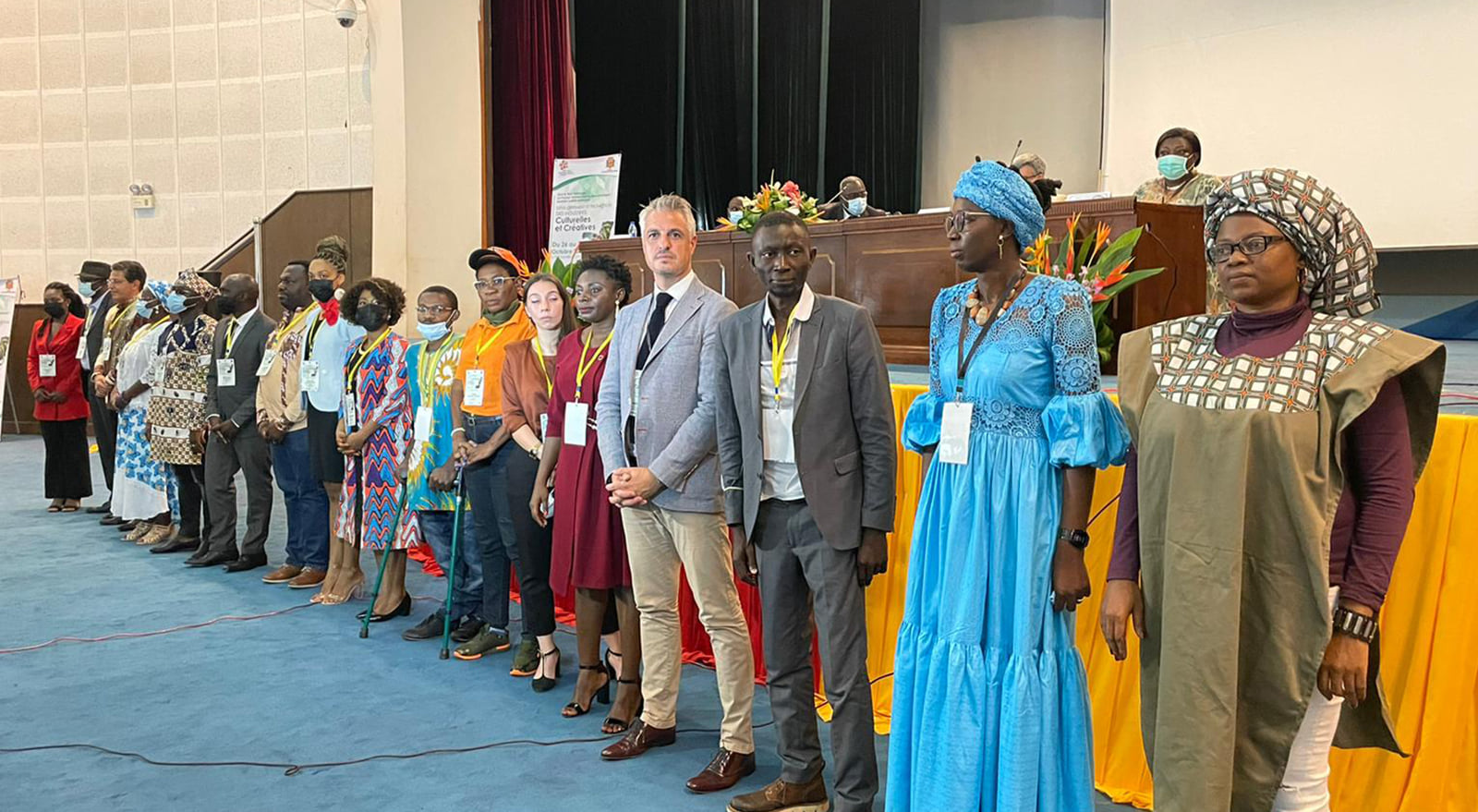 Over three days, participants joined training sessions and seminars on issues related to the four priority axes of the call, study visits and a session on cultural policies for the local cultural and creative industries.

On Tuesday 26 October, the ACP-EU Culture - Créer en Afrique centrale launched its first networking event under the title "Development and promotion of cultural and creative industries", together with S.E. Giacomo Durazzo, Ambassador of the European Union in the Republic of Congo and the minister of Culture and Arts, Mr. Dieudonné Moyongo, , and under the high patronage of the Prime Minister and Head of Government, Anatole Collinet Makosso.

At the opening, the head of the European Union (EU) delegation in the Republic of Congo, Ambassador Giacomo Durazzo, expressed his satisfaction for these three days of exchange, dialogue and training, to which the Organisation of African, Caribbean and Pacific States and the EU are strongly committed through the ACP-EU Culture Programme. The Minister of Culture and Arts expressed his sincere gratitude to the organisers of the event by stating that "the results lay in our hands if we want to win the battle".

The consortium was able to present the project "Créer en Afrique centrale" and advocate for the inclusion of culture in the strategies for development during the scheduled meetings with the Honourable Mr. Pierre Ngolo, President of the Senate; the President of the National Assembly, S.E. Isidore Mvouba; and Mr Dieudonné Bantsimba, Mayor of the city of Brazzaville.

Around sixty participants, beneficiaries of the projects funded within the framework of the CAC project, national and internationals experts and local agents from the public and private sector, took part in the different working sessions which addressed topics such as new funding mechanisms for CCIs, the development of cultural statistical indicators and gender equality in the cultural and creative sectors, among others.  In addition, three visits to local organisations were also made: Les Dépêches de Brazzaville, the Corporation Denidé-Edith and the Union de Femmes Paintres, which allowed participants to learn about the cultural reality of the country.

The Programme ACP-EU Culture - Créer en Afrique centrale is co-funded by the ACP-EU Culture Programme, a joint initiative between the European Union (EU) and the Organisation of African, Caribbean and Pacific States (OACPS) whos objective is to foster the potential of the cultural and creative sector and to contribute to the socio-economic development of the ACP countries.